"Anna Komnene, (or Comnena) was a Byzantine historian and daughter of the emperor Alexius I Comnenus and his wife Irene Doukaina. She is remembered for her Alexiad, a history of the life and reign of her father, which became a valuable source as a pro-Byzantine account of the early Crusades. Anna received a good education, studying, among other subjects, literature, philosophy, history, and geography. She married the leader of Bryennium, Nicephorus Bryennius, and joined her mother, the empress Irene, in a vain effort to persuade her father during his last illness to disinherit his son, John II Comnenus, in favour of Nicephorus. Later conspiring to depose her brother after his accession to the throne, Anna was, however, unable to obtain the support of her husband; the plot was discovered, and she forfeited her property, retiring to a convent, where she wrote the Alexiad. This work, in Greek, provides a picture of religious and intellectual activities within the empire, reflecting the Byzantine conception of the imperial office. It suffers from a defective chronology and excessive adulation of Alexius I, but it is invaluable for its character sketches of the leaders of the First Crusade as well as others with whom Anna had direct contact.

The authorial persona constructed by Anna Komnene in her Alexiad responded to the challenges Byzantine culture created for female historical authorship. Fundamental cultural conceptions of masculinity, femininity, authority, deference, and morality within Byzantine society worked to make history writing an activity for men. She worked as a physician as well as a hospital administrator. Anna endeavored to construct herself as both an authoritative historian and a meritorious woman. Anna’s self-presentation in the Alexiad work to convince her audience that she was capable of writing a reliable history, even though she was a woman, and that she was a morally virtuous woman, even though she wrote a history. Interpretations of Anna’s authorial persona redefine the narrative of Anna’s life by the failure of her supposed political ambitions. The second half of this work reviews the medieval sources pertaining to the succession of John II Komnenos and questions the foundations of the story that Anna disputed her brother’s rule. The story of Anna’s bloodthirsty ambition owed its creation less to medieval evidence than to eighteenth and nineteenth century scholars who did not perceive her efforts to appear modest and feminine in the Alexiad, but still considered female historical authorship to be problematic." 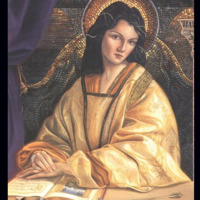