Adelheid Langmann was a nun and mystic in the Dominican convent Engelthal near Nuremberg. At the age of 13, Adelheid was engaged to Gottfried Tuefel from a noble Nuremberg family. In 1330, against the will of her family, Adelheid entered cloistered Dominican Convent of Engelthal post her husband’s death. She achieved exemplarity since she received divine revelations. Visions and visionaries were common at Engelthal. They coincide in part with the visions of Christine Ebner. Langamann’s “Leben und Offenbarungen” records her visionary events, extant in three manuscript variations, written in Bavarian dialect. While the content is primarily auto-hagiographical, representing her religious experiences, there are stylistic and thematic similarities with female mystics of her time. There is a prominence of bridal imagery and the asensual nature of brautmystik (bridal mysticism) in her records. As she matures in her role of mystic and Sponsa Christi, she articulates visions where she and Christ perform roles of bride and groom, employing language and imagery reminiscent of traditions of courtly literatures. She was educated in Latin and learned to read and write in her vernacular German dialect. 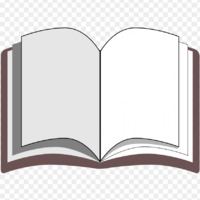